After over 27 years of serving users when accessing the internet, Microsoft has decided to cease support for Internet Explorer. This is to give way and promote Microsoft Edge as the official browser for the Windows Operating System.

This move will not affect many customers since, according to many browser statistics, Internet Explorer has less than half of the entire browser market users, in-short it is not being used by many as their browser.

Microsoft has been attempting to discourage users from utilizing Internet Explorer for several years. In the following months, they will roll out a new prompt to divert IE users to Microsoft Edge, as it will be permanently discontinued in future updates. 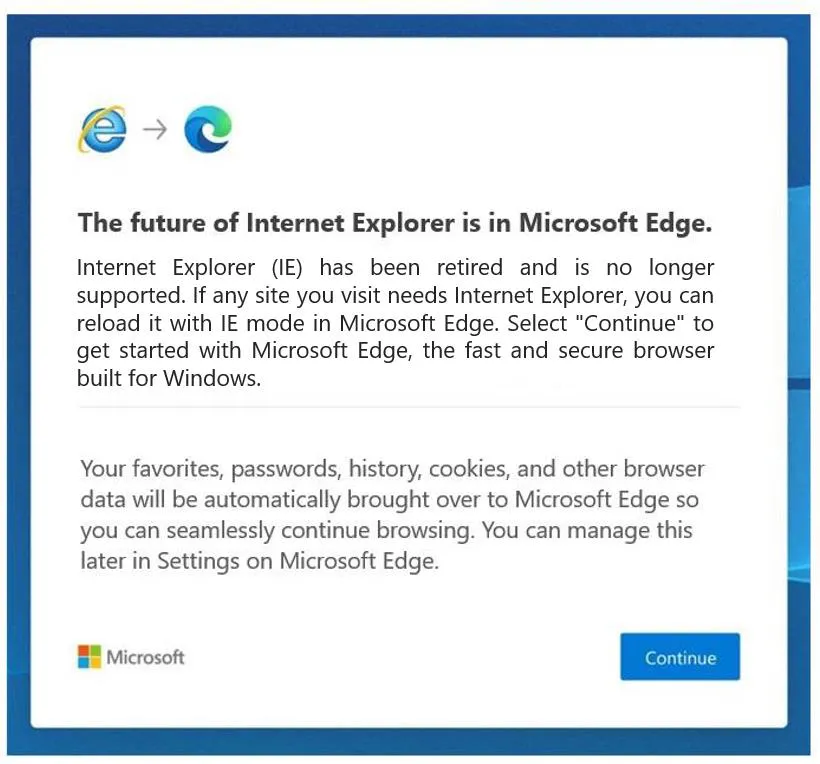 Although the end of IE will affect just a few users, the majority of them are in government organizations and financial institutions, such as in Japan. However, they will still have the option to open those tools by using the IE Mode in Edge.

There are probably hundreds of such enterprises and instances of Internet Explorer used all across the world. For years, Microsoft has been warning of today’s Internet Explorer retirement, and the company is still treading gently with alerts and redirection until the browser is completely eliminated in the coming months.